The Statute of Monopolies 1624 and Australian Patent Law 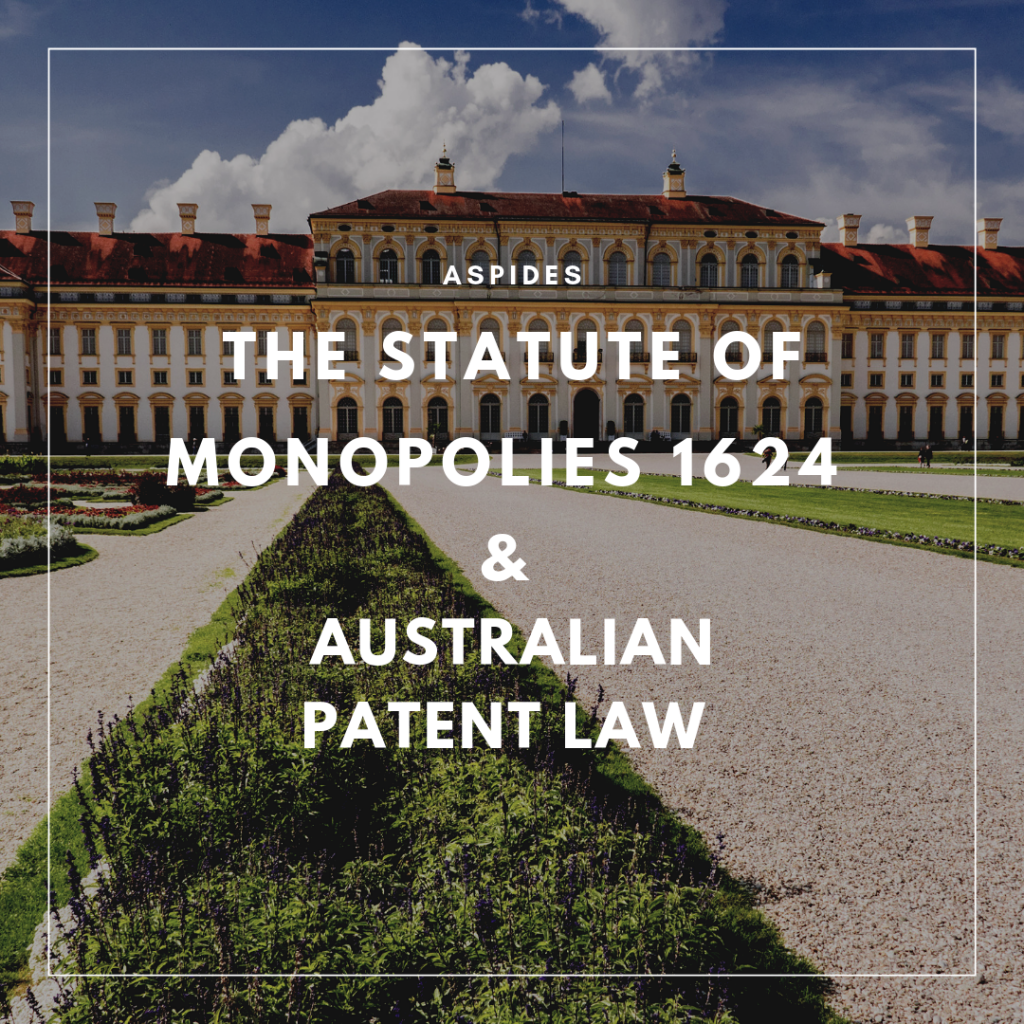 Australian patent law is consistent with its English origins.

While the commencement of patent law in its codified embodiment has been attributed to the Venetian Patent Statute of 1474, there has been a suggestion that the granting of patents may actually have begun in Ancient Greece in around 500 BC where a monopoly of one year was granted for the creation of unique culinary dishes notwithstanding the modern and realistic prohibition on the protection of recipes.

Royal letters patent (or “open letters”) were first granted to members of the craft guilds who petitioned the English Crown for trade monopolies to exclude foreign artisans namely, their European competitors from Germany and France. One of the first recorded English patents was granted in 1449 to one, John of Utynam by King Henry VI for the making of stained glass windows for Eaton College. Significantly, Venetian glassmakers had been issued patents by the Republic of Venice over 20 years beforehand and must have been
considered a commercial threat.

Unfortunately, as letters patent were granted only to ‘favored persons’ namely, those who were prepared to pay for them; the power for the Crown to raise money from their issuance was open to vast abuse. This abuse reached its height during the reign of Queen Elizabeth I, where for example, it incredibly extended to the right to sell common goods such as starch and salt.

To her credit, Elisabeth I’s strategies for bolstering the Crown’s coffers by way of letters patent did include the practices of granting them to the likes of the privateer, Sir Francis Drake (to plunder the Spanish Main) and the Virginian colonist and introducer of smoking to England, Sir Walter Raleigh. Although public disfavor was mainly directed at the beneficiaries of the monopolies i.e. the patentees, there was much outcry over the Crown’s abuse of the system. This led to all monopolies being revoked by Elisabeth I’s successor, James I who passed the Statute of Monopolies in 1624 albeit after it was initially ‘thrown out’ by the House of Lords.

Inter alia, Section 6 of the Statute held that the monopoly or royal patent henceforth:

Some famous Australian inventions include:

In the late 1990s, Rolls Royce Motor Cars Ltd, the manufacturer of…