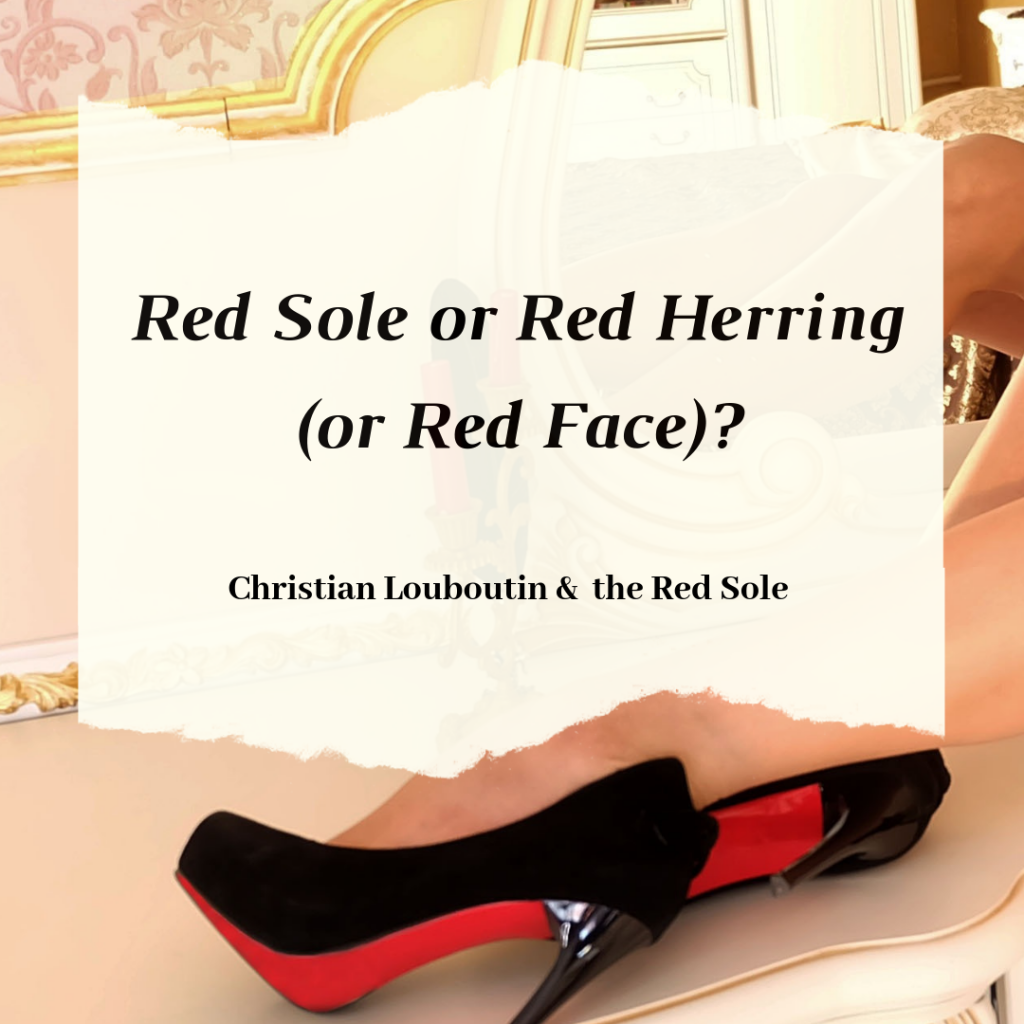 Christian Louboutin, the French designer of the eponymous red soled shoes, noticing the drabness of some prototype shoes he received based on Andy Warhol’s ‘Flowers’ paintings, decided to spice them up.

Louboutin was said on painting their soles red, to have come upon the actual colour when he noticed a fashion assistant painting her nails with a nail polish of the now famous Chinese red hue.

Louboutin’s heels which sell for little change from US $700 were a runway success so to speak. Needless to say, there was an avalanche of imitators or to use the euphemism, “competitors” who started to produce their shoes with red soles.

It is admirable from an intellectual property perspective that Louboutin or at least his legal advisors had the foresight to formally protect the red soles idea as a trademark.

The US trade mark was granted in 2008. In 2011, the iconic fashion house Yves Saint Laurent (YSL) released a range of footwear in several monochrome colours. These were simply red shoes with red soles, blue shoes with blue soles, etc.

Louboutin filed for trademark infringement in the US District Court seeking an injunction to prevent YSL from selling its monochromatic red shoes. YSL countersued with a defense to expunge Louboutin’s registration on the grounds that the colour red was nondistinctive and which was merely functional or ornamental and therefore could not be considered to operate as a trademark.

In denying the motion for a preliminary injunction, the District Court held that Louboutin had failed to show a likelihood of success on the grounds that single colour trademarks are inherently functional and that such marks would in all likelihood be invalid.

Louboutin appealed and the Second Circuit Court of Appeals overruled the lower court.

Firstly, It found that there was no rule per se which forbade the registration of a single colour as a trademark and that any question of functionality in a particular industry would require an individual fact based inquiry into the nature of the trademark.

Secondly, it held that while a single colour could not be said to be inherently distinctive (as a trademark) in indicating the source (of the shoes), it had over time acquired a ‘secondary meaning’ in signifying to customers that red soled shoes were Louboutin footwear.

Importantly, the Court of Appeals ordered that Louboutin’s US trademark (3361597) be endorsed with the limitation:

The colour(s) red is/are claimed as a feature of the mark. The mark consists of a red lacquered outsole on footwear that contrasts with the color of the adjoining (“upper”) portion of the shoe.

📲 Feel free to contact Aspides for further information on Intellectual Property Protection and what areas of your business need to be safeguarded.

Naturally, patent attorneys often get asked how much drafting a patent application…

0 Comments on "Red Sole or Red Herring (or Red Face)?"