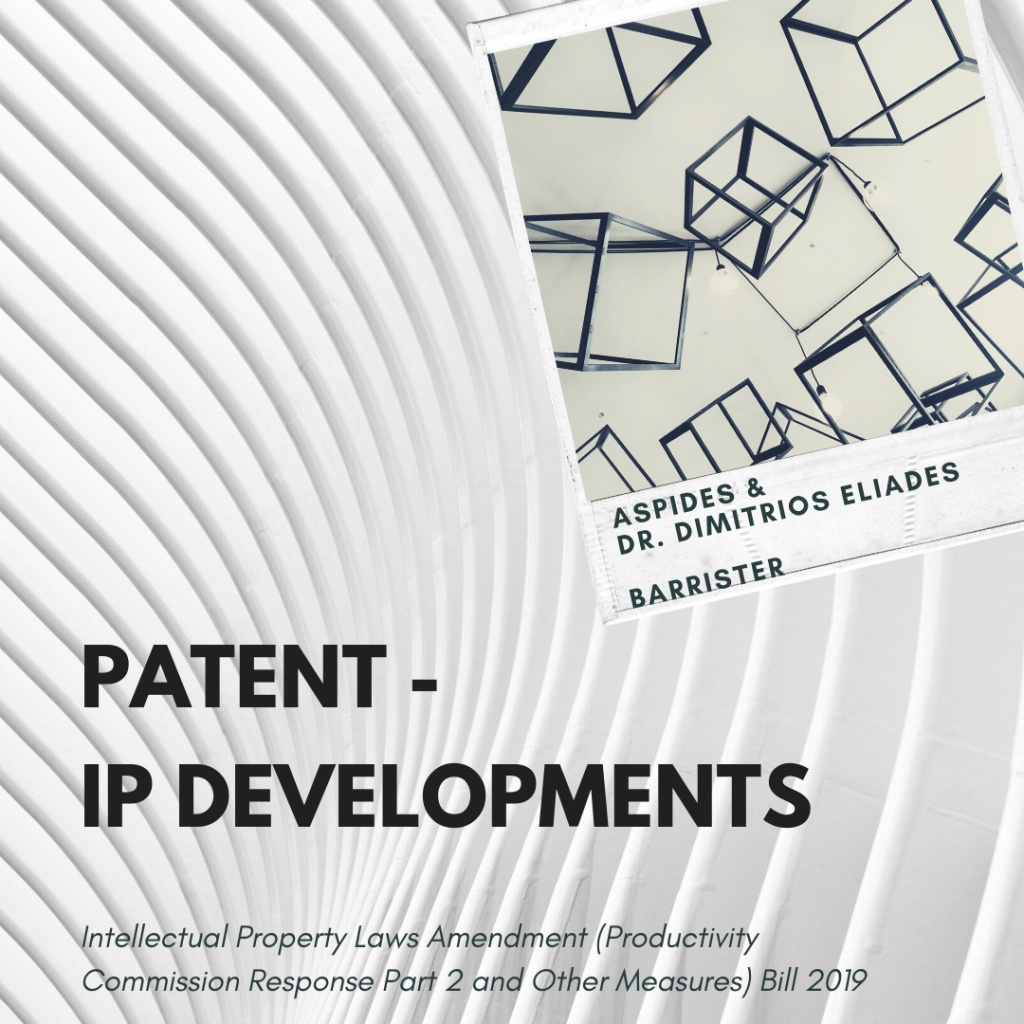 <https://www.aph.gov.au/Parliamentary_Business/Bills_Legislation/Bills_Search_Results/Result?bId=s1216>. A short summary of the main features of each schedule follows.

Schedule 1 Part 1 introduces an objects clause. The EM states at page 2 that the PC considered that the inclusion of an objects clause would help ensure that the patent system remained adapted and fit for purpose. Schedule 1 item 2A sets out the object of the Patents Act in these terms:

Schedule 2 Part 1 deals with the Crown use of patents, which is the subject of Chapter 17 of the Patents Act. The amendments brought about by the items in this schedule, are aimed at improving and clarifying the Crown use provisions in the Patents Act: EM at [37]. It is not necessary for a patent to be granted, as the provisions apply to an invention which is the subject of a patent application: s.163(1).The amendments will provide:

Presently, at any time after a patent application is made, the Government may exploit the invention: Patents Act s.163(1). Under the proposed amendments, Governments are required firstly, to seek a negotiated outcome, which the EM suggests, for example, may be a license from the patent owner to use the patent: EM at [43]. An exception to this requirement exists, in circumstances where the exploitation arises in the case of an emergency: the proposed Patents Act s.163A.

The amendments provide that ministerial authorisation for invoking Crown use must firstly be sought: proposed Patents Act s.163(3). The structure for non-emergency situations is set out in the proposed s.163(3) of the Patents Act. This includes a written approval by the relevant Minister if negotiations have failed with the patent stakeholder; a written approval by the relevant Minister to exploit the invention and 14 days before exploitation commences, providing the patentee or nominated person, with a copy of the written approval to exploit and a written statement of reasons for the exploitation approval. The circumstance of a government authorising a non-government body to exploit an invention for the services of the Commonwealth or State will continue on the same terms as the present s.163(2).

Importantly, exploitation of an invention in the circumstances set out in s.163(1) continues not to be an infringement unless the terms of an agreement or the Court’s determination are not complied with. It follows that, a failure to comply with one of the steps in s.163(3), will expose the Crown to infringement proceedings. In relation to remuneration, the amendments add a new s.165(1) and s.165(2), which provide that in determining the amount of remuneration, the prescribed court must determine an amount of remuneration that is just and reasonable, having regard to the economic value of the exploitation of the invention and any other matter the court considers relevant. It should also be noted, that the patentee is also able to challenge the Minister’s decision through the judicial review processes under the Administrative Decisions (Judicial Review) Act 1977 (Cth): EM at [82].

Schedule 2 Part 2 relates to the application of amendments and transitional provisions, in relation to Amendments introduced in Schedules 1 and 2. In relation to the transitional aspects, Schedule 2 Part 2 Item 32, states that an agreement or determination that is in force for the purpose of s.165(2) of the Patents Act immediately before the commencement of  Schedule 2, continues in force on or after that commencement, as if it had been made for the purpose of the proposed s.165(1) of the PC Part 2 Bill.

Schedule 3 Part 1 concerns amendments to the Designs Act 2003 (Cth) and so as to improve and clarify the operation of the Crown use provisions in Chapter 8 of that legislation. Schedule 3 Part 2 deals with the application and transitional provisions. Item 3 of the PC Part 2 Bill introduces a general rule for non-emergency situations, regarding the Crown use of designs. A use of a design within the terms of the proposed s.96(3), is not an infringement of the design rights: the proposed s.96(1). However, a failure to comply with one of the steps in s.96(3), will expose the Crown to infringement proceedings. Governments are required firstly to attempt to negotiate with the design owner for an authorisation to use a design. Where negotiation attempts are unsuccessful, the relevant authority will then need to seek approval from the relevant Minister, for the Crown use provisions to be exercised.

Schedule 4 amends the Patents Act in relation to compulsory licenses. The conditions relevant to the exercise of the Court’s discretion to grant the compulsory licence, are found in the proposed new s.133(3)(a) – (f): Schedule 4 Item 6 of the PC Part 2 Bill. In addition, and consequent upon the repeal of the exclusion for intellectual property rights in s.53(1) of the Competition and Consumer Act 2010 (Cth) (CCA) by the Treasury Laws Amendment (2018 Measures No. 5) Act 2019 Schedule 4, the Court has a discretion to make an order if satisfied that the patentee has contravened, or is contravening, Part IV of the CCA.

Schedule 6 addresses an oversight regarding specifications. “Omnibus” claims, claims which made reference to the features of the invention disclosed in the description, drawings or examples were abolished by the Raising the Bar Act. The Patents Act s.40(3A) now provides that claims must not rely on references to descriptions or drawings, unless absolutely necessary to define the invention. However, due to drafting oversight, the Raising the Bar Act only allowed this requirement to be considered and reported on during examination of standard and innovation patent applications. The EM at [262] and [263], set out the relevant provisions being affected, so as to allow for standard and innovation patent specifications to be assessed for their compliance against the requirement of s.40(3A) during examination, re-examination, opposition or revocation proceedings, or when amendments are proposed to the specification.

Schedule 7 amends the Patents Act to improve the handling of sensitive information by the Commissioner of Patents: EM [268].

Schedule 8 amends the Patents Act to remove the requirement to file a certificate of verification in relation to documents translated into English, unless the translation is required to be certified by the regulations: EM [276]. 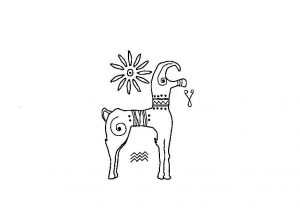