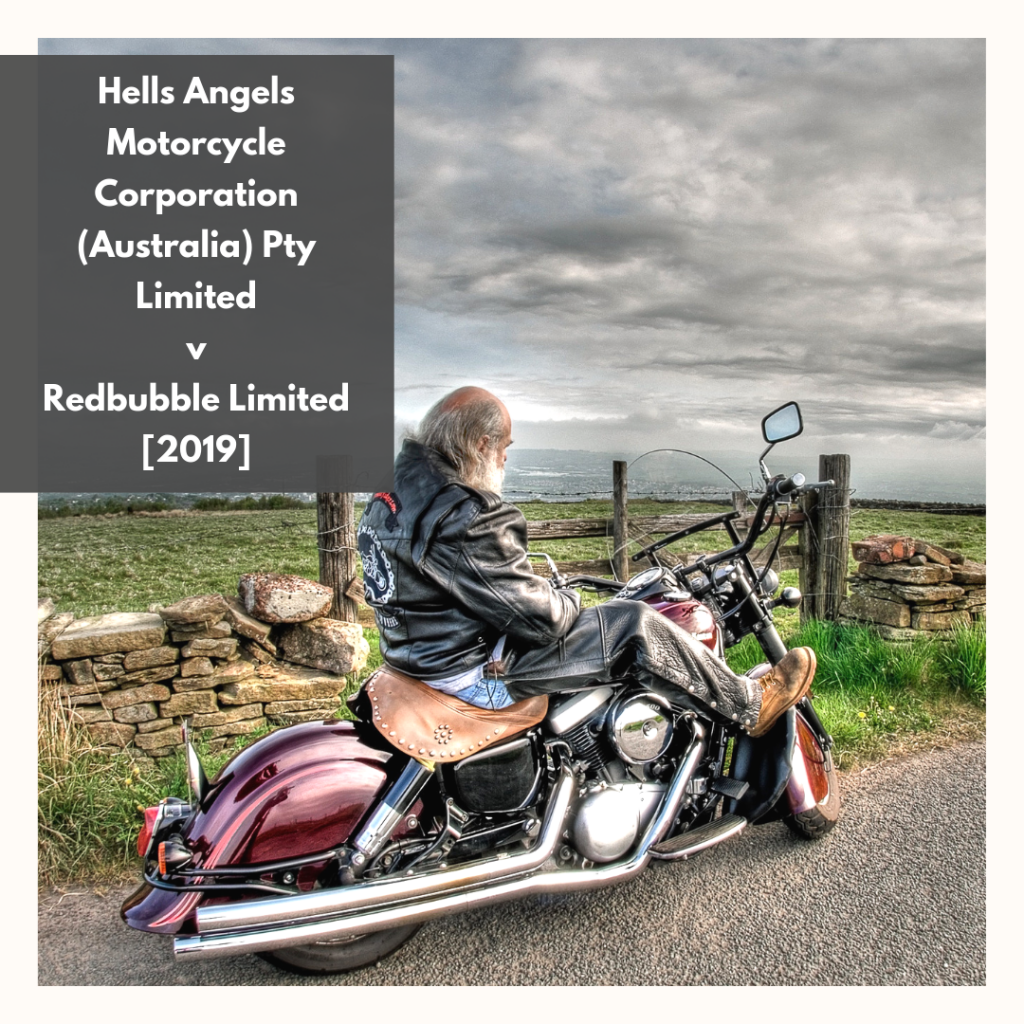 In this edition, I consider the first instance decision of Justice Greenwood handed down 15 March 2019, essentially in relation to copyright and trade mark infringement claims and a cross claim for revocation of the trade marks in suit on the basis on non-use.

The case has a common respondent in Redbubble Ltd (“Redbubble”), with the decision of Justice Pagone in Pokémon Company International, Inc. v Redbubble Ltd [2017] FCA 1541 (“Pokémon”). In general terms, that commonality arises due to the business model adopted and implemented by Redbubble through its website www.redbubble.com (“Redbubble website”). Redbubble filed a Notice of Appeal in Pokémon. Orders have also been made by Kenny J on 20 March 2018, to stay the Pokémon appeal pending the determination of this proceeding and any time fixed for appeal in this proceeding, whereupon if an appeal is filed in this proceeding, the two appeals will be dealt with together for further directions as to their conduct.

The applicant (HAMC AUS), claimed to be the authorised user under the Trade Marks Act 1995 (Cth) (“TM Act”) s.8, in respect of the trade marks in suit, and the exclusive licensee of the copyright in an image referred to as the “Membership Card,” which comprised the words “Hell’s Angels”, “Membership Card” and included the image of a side view of a human skull with wings or headdress emanating from a helmet shape as depicted below.

HAMC AUS claimed its rights to enforce the copyright in the works under a written agreement titled “Exclusive Licence” from the Hells Angels Motorcycle Corporation (HAMC USA), the second respondent in the proceeding as it was the registered owner of the trade marks in suit: TM Act s.26(2). HAMC USA, had filed a submitting notice under the Federal Court Rules 2011 (Cth) r.12.01 in November 2015, and although the cross-claim for revocation was brought against HAMC USA, HAMC AUS opposed the application for under s.92(1) pursuant to s.96 of the TM Act.

His Honour sets out certain characteristics as to the functionality and operation of the Redbubble website: [2] – [4]. Relevantly, Redbubble operated the Redbubble website, which enabled an artist, or anyone seeking to appropriate another person’s works or trade marks for their commercial gain, to upload an image, drawing, photo or design, name, mark or sign. The uploading was subject to Redbubble’s contended protocols which were designed to manage the conduct of the uploaders.

Redbubble had a pre-determined list of products from which the uploader could choose to have their uploaded image applied to, such as T-shirts, mugs, phone covers or pillows. Consumers could search the Redbubble website by using keywords or tags to locate an image or images they may wish to have applied to a product from the product range selected. Once a consumer placed an order for a particular image on a particular product, the 2 Redbubble website caused a particular third-party manufacturer or fulfiller, from Redbubble’s pre-selected fulfillers, to apply the image to the selected product and fulfill the order. The product order, fulfillment, despatch, tracking and delivery were all part of the functionality and features of the Redbubble website.

Redbubble also had a portfolio of trade marks registered in respect of products, which included the products Redbubble selected to make available to the uploaders to choose from. One or more of these trade marks appeared on order confirmation notices, on progress tracking of the order and finally, on the packaging of the product on delivery, and would also appear on swing tags attached to a garment.

Redbubble claimed that it was not the seller of the products, as HAMC AUS contended. Instead, Redbubble said it acted as agent of the artist/uploader [5]. Further, it contended it set up adequate warnings to persons wanting to upload images, in the registration process through documents such as the user agreement, which warned uploaders not to infringe intellectual property rights of third parties and provide Redbubble with an indemnity against actions by such IP rights holders [245] – [246]. The uploaders were not joined by Redbubble to the proceeding.

HAMC AUS also pleaded a case under the Australian Consumer Law but did not at trial, develop this claim by evidence or submissions [546].

The works In its copyright case, HAMC AUS initially relied on two works. The Membership Card, which HAMC AUS said was created in 1954 by a person identified as “Sundown” and a subsequent image, created in 1983 an artistic work described as the “current Death Head design”. 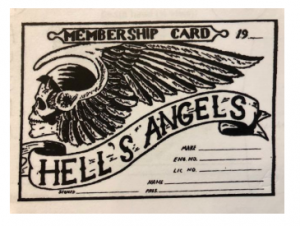 HAMC AUS accepted that there was no assignment (or no evidence of an assignment) in writing vesting the legal title to the copyright in HAMC USA in respect of the Membership Card [18]. Redbubble submitted that HAMC AUS had not established originality in the current Death Head design.

The technological timing of any copyright infringement claim Redbubble pleaded that an order by a consumer would automatically “bounce” from the Redbubble website automatically to servers held in the United States. Redbubble contended that HAMC AUS failed to identify precisely, in terms of the technology, at what point in the ordering and fulfillment process an infringing step occurred, thereby enabling the question of authorisation of an infringement to be properly considered [9].

HAMC AUS contended that Redbubble had directly infringed the copyright in the Membership Card image by communicating the work to the public and by reproducing the work in a material form, although HAMC AUS’ case really focussed on the infringement of the copyright by exercising the communication right. Alternately, that Redbubble authorised the infringement, by the uploader, of each work said to be a communication to the public of the work in suit by the “artist” or was said to have authorised a reproduction of the work by the artist. Further, and in the alternative, Redbubble and the uploader were joint tortfeasors in relation to the acts of copyright infringement [406].

The rights held as at 31 December 2004 was material because the Free Trade Implementation Act commenced operation on 1 January 2005, and this increased the term of protection from fifty years to seventy years. Therefore, if Sundown’s work was first published anonymously or pseudonymously prior to 31 December 1954, the subsistence of copyright in the work ended on 31 December 2004, unless one of the exceptions in s.34(2) applied.

Redbubble said that Sundown’s identity was not generally known in the period contemplated by s 34(1) and his identity could not have been ascertained by reasonable inquiry. HAMC AUS contended otherwise. A further related issue involved publication within the meaning of the Copyright Act s.29(1)(a). Redbubble submitted that the Membership Card was published in 1954 because reproductions of the work were supplied “to the public”. HAMC AUS submitted that the Membership Card was not supplied to the public but used only between members.

Exclusive license to copyright in works

Hells Angels Sydney was appointed on 1 July 1987 as a non-exclusive licensee of certain trade marks. The exclusive rights were said to arise under an agreement of 14 May 2010, which was said to supersede the 1987 license. The relevant terms are set out in his Honour’s reasons [333] – [340].

Items 1 – 3 were the subject of trap purchases by HAMC AUS, whilst example 4 was not sold, but was viewed 11 times on the Redbubble website [51]. HAMC AUS claimed that Redbubble has, by reason of the way the Redbubble model functioned and operated, used a sign as a trade mark, which was substantially identical with or deceptively similar to one or more of the trade marks in suit, within the meaning of the TM Act s.120. HAMC AUS pleaded in the alternative, that Redbubble and the uploader were joint tortfeasors. Redbubble said it was not “using” the trade marks as HAMC AUS contended, and that other elements of s.120 were not made out.

The Trade Marks Act s.8(1) provides that a person is an authorised user of a trade mark if the person used the trade mark in relation to goods or services, “under the control of the owner of the trade mark”. Financial and quality control are given in s.8(3) as indicia which could establish such control. These specifically are stated in s.8(3), not to be the only indicia.

The issue was whether the control HAMC USA exercised over HAMC AUS in relation to the trade marks in Australia, was control in a practical sense or a theoretical one [382]; Lodestar Anstalt v Campari America LLC (2016) 244 FCR 557 referred to.

Cross-claim for revocation of the trade marks

Redbubble also cross-claimed for revocation of the registered trade marks in suit on the ground of non-use [71]. His Honour had dealt with this in the reasons as a separate matter, because of its nature and also because HAMC AUS had presented a substantial amount of evidence of its use within the non-use period and for a considerable time before and after it, being matters relevant to any discretion which might arise under s.101(3) of the TM Act.

In relation to copyright, that:

In relation to trade mark infringement, that: 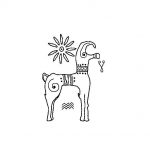