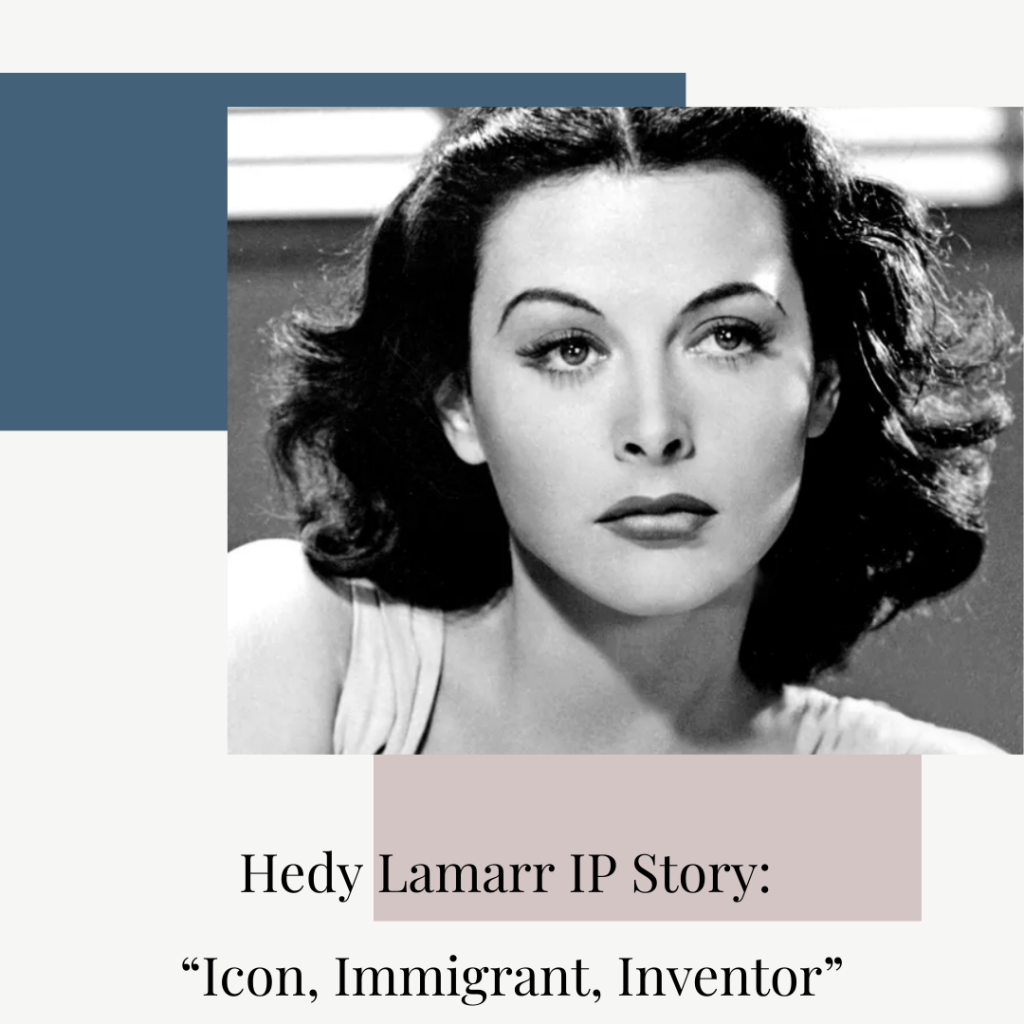 True inventors can come from anywhere, at any time and in any industry.

Take Hedy Lamarr, the enigmatic and intelligent Austrian Jewish actress who invented, alongside George Antheil, the Spread Spectrum and Frequency Hopping radio for interference-free radio. In the midst of 1930’s Nazi Germany, Hedy managed to escape and land in America.

Her patriotism to America and the Jewish people saw her and George invent a radio frequency that would later be referred to as one of the most cited Patents in American history. The invention also served as the foundation for WiFi, Bluetooth, wireless phones and GPS, among other innovations.

The Spread Spectrum and Frequency Hopping radio was patented technology which released 88 frequencies, reflecting the same keys on a piano as George was a composer. A known issue in naval warfare was the radio-controlled torpedoes could falter and be set off course. To counter this problem, they invented a device that prevented this issue by synchronising a miniaturised player-piano, 88 frequencies, a mechanism with radio signals.

Hedy and George gave the technology freely to the US Navy. Unfortunately, the military did not take the innovative device seriously until the 1980’s and Hedy never received awards or recognition until the 1990’s.

Hedy’s story is an example of female inventors facing the hardship of recognition in a then primarily patriarchal society. However, as of May 2019 Hedy’s progressive invention has been inducted into the IP Hall of Fame:

“The IP Hall of Fame Academy decided to honour the Austrian-born actress for the outstanding contribution her patented invention – Secret Communications System US2293387 – made to the development of today’s mobile communications infrastructure. It was originally developed as a system designed to help defeat Nazi Germany; but it was never used for that purpose.”