Albert Einstein on true inventorship: The elephant in the room… 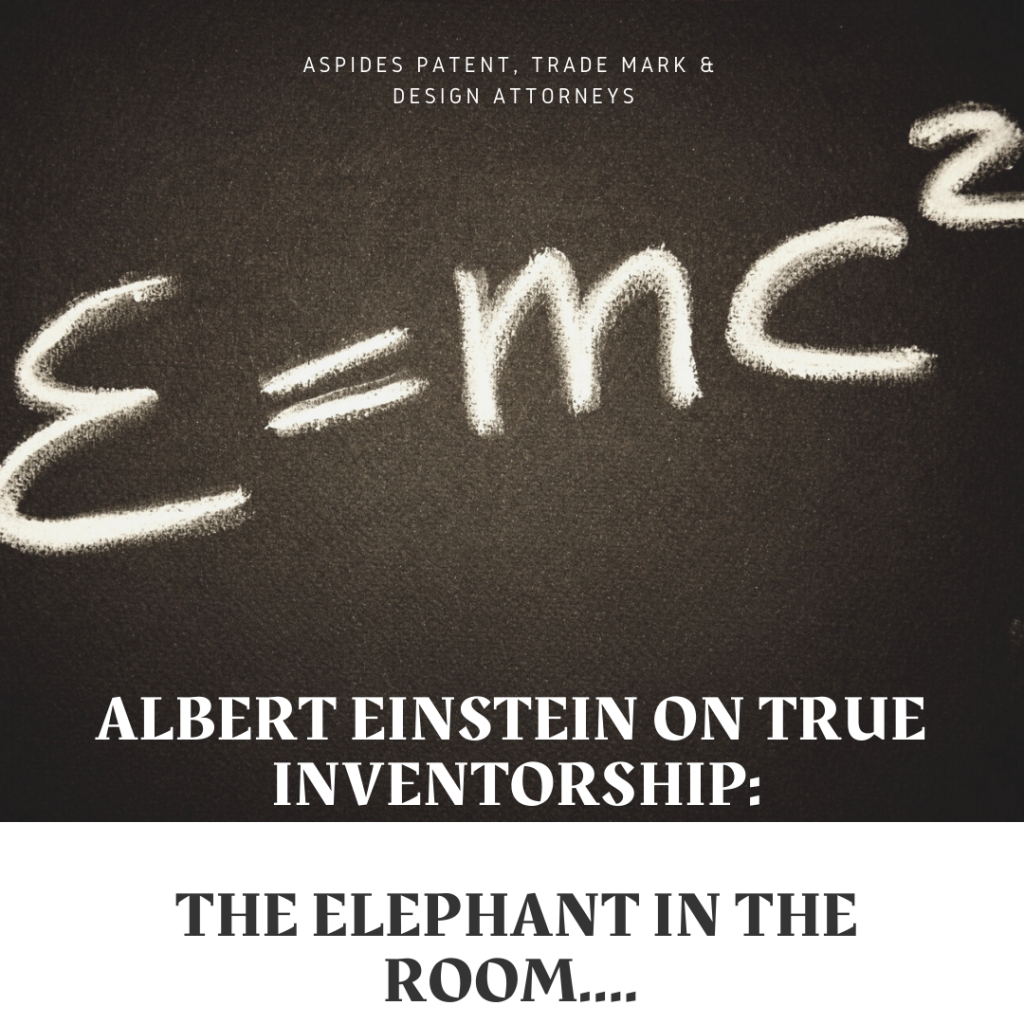 Patent and trademark attorneys are members of a very old profession. Due to the difficulties faced by both modern and ancient inventors in obtaining official recognition for their efforts, patent and trade mark attorneys invariably shoulder blame just by being a part of the intellectual property (IP) system.  Among their detractors include, Charles Dickens who wrote, A Poor Man’s Tale of a Patent. An esoteric essay on the difficulties and expense of registering a patent in mid 19th century England. It can be validly argued, little if anything has changed to this day.

In the profession’s favour, however, is the presence of Albert Einstein. Einstein began his career as a technical expert, class III in the Swiss patent office in 1902. We would equate that in today’s terms as a junior patent examiner. Einstein was of course, the scientist who went on to discover his Theory of Relativity. 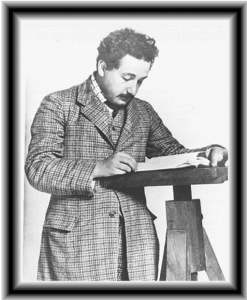 No doubt because of his natural brilliance and analytical ability, within a month of his appointment, Einstein was examining patent applications without supervision in his own right. To the great regret of the Swiss patent office, Einstein who was very well-liked left after five years to take up the chair in physics at Zurich University.

What I need to stress is that unlike Einstein, patent attorneys and more particularly, patent examiners are generally not imbued with the genius of inventorship, nor should they be. As a class of professionals, they should be predominantly occupied with what is technically referred to as the prior art. That is, the current state of the relevant technology or field of endeavour preceding an invention. What this means is that both patent attorneys and examiners should be experts in what has immediately been surpassed by the invention or patent application before them.

If they assume the mantle of inventive genius, and without a doubt, many patent attorneys and examiners are of that ilk. They actually cannot do their jobs properly. This is because of the inventive patent examiner, the patent application submitted would appear to be obvious and therefore likely to be rejected. Whereas, to the non-inventive but skilled examiner, a patent would have been allowed.

To the inventive patent attorney, the clients’ inventions may not appear to have the requisite inventive step and the patent attorney would then seek to embellish the patent on his or her own initiative. This is very dangerous from a legal perspective, as one of the rules on obtaining a valid patent is that it must only be granted to the true and original inventor(s). I dread the question which could be asked of a purported inventor in a patent trial whether the invention so elegantly and technically defined in the patent claims is actually the work of the client and not of the patent attorney involved.

Too often my colleagues have been too concerned with demonstrating how cleverly, briefly and succinctly they can describe and define an invention in drafting a patent document. I have also attended patent workshops which have left me wondering whether the client would understand their own invention or have thought of the various aspects and examples were they to be disclosed in the manner proposed.

It would be highly embarrassing for both the patent attorney and their client if, on questioning in a patent litigation case, the purported patentee could not speak to their own patent.  The patent attorney should, of course, be able to answer any questions, but then the elephant in the room is whether the patent is prima facie invalid for not having disclosed the true inventor.

The Statute of Monopolies 1624 and Australian Patent Law

Australian patent law is consistent with its English origins. While the commencement…

In an age where consumers can book online to visit a doctor,…

0 Comments on "Albert Einstein on true inventorship: The elephant in the room…"